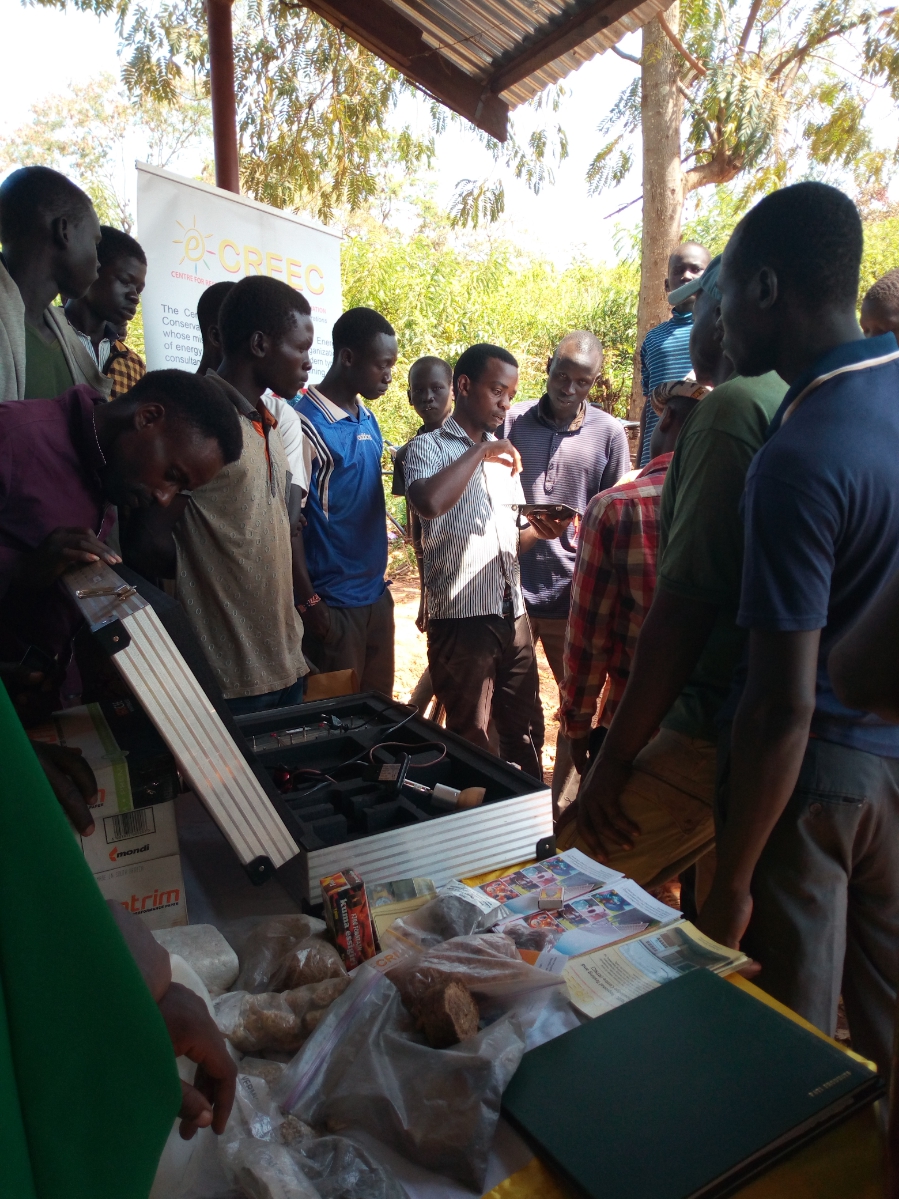 On 8th December 2017, Action Africa Help Uganda (AAH U) in conjunction with the Office of the United Nations High Commissioner for Refugees (UNCHR) organised a one day expo in Solar and other renewable energies. The aim of the expo was to expose to the community and the different patners the different solar products as well as creating market and further engagements to the Solar Companies alongside promoting renewable energy in the Camp.

Important to note is the growing demand for energy and prospects of exhaustion of conventional energy sources which has led to an increasing interest in alternative renewable energy in Kiryandongo Refugee Settlement. Energy sources in Kiryandongo are largely firewood, charcoal and agricultural wastes. Despite intensified efforts to introduce households to clean energy, firewood and charcoal have continued to be the main sources of cooking. This is also the same with institutions such as schools and hospitals. Consequently, there has been a disproportionate deforestation scale in Kiryandongo RS and host community. This has called for interventions to reduce consumption of both wood and charcoal: these include, a spirited campaign on tree planting and construction of fuel-saving stoves as well as the energy Expo. This was intended to create awareness among the different communities in the Refugee settlement as well as promote the sale and utilization of renewable energy and energy efficient technologies which will in turn help the private sector in the promotion of their products and create market linkages.

The fair provided a platform for engaging stakeholders and establishing dialogue on the many challenging aspects of the energy sector. CREEC played a big role in emphasizing the benefits that come as a result of utilizing sustainable technologies like solar, bio-energy, gasification and hydro power.

CREEC has done extensive research on various alternative fuels like maize kobs, cow-dung, rice husks, briquettes, bio-ethanol, saw dust and pellets therefore this was the perfect opportunity to give the people in the refugee settlement as well as the host community exposure and to help them understand how these cooking fuels can be used. The team was also able to eradicate some of the misconceptions that people had about some of the alternative forms of energy like faecal sludge pellets and bio-gas by assuring them that they are clean and efficient to use.

Practical demonstrations were also held to show the people how the different stoves are used and also to teach them how to distinguish an efficient cookstove from a normal or traditional cookstove. The demonstrations also helped to confirm that alternative fuels like briquettes and pellets can be used to cook and are more efficient than regular charcoal. CREEC will continue using such channels to ensure that the general community receives the necessary information to help them adopt sustainable forms of energy.