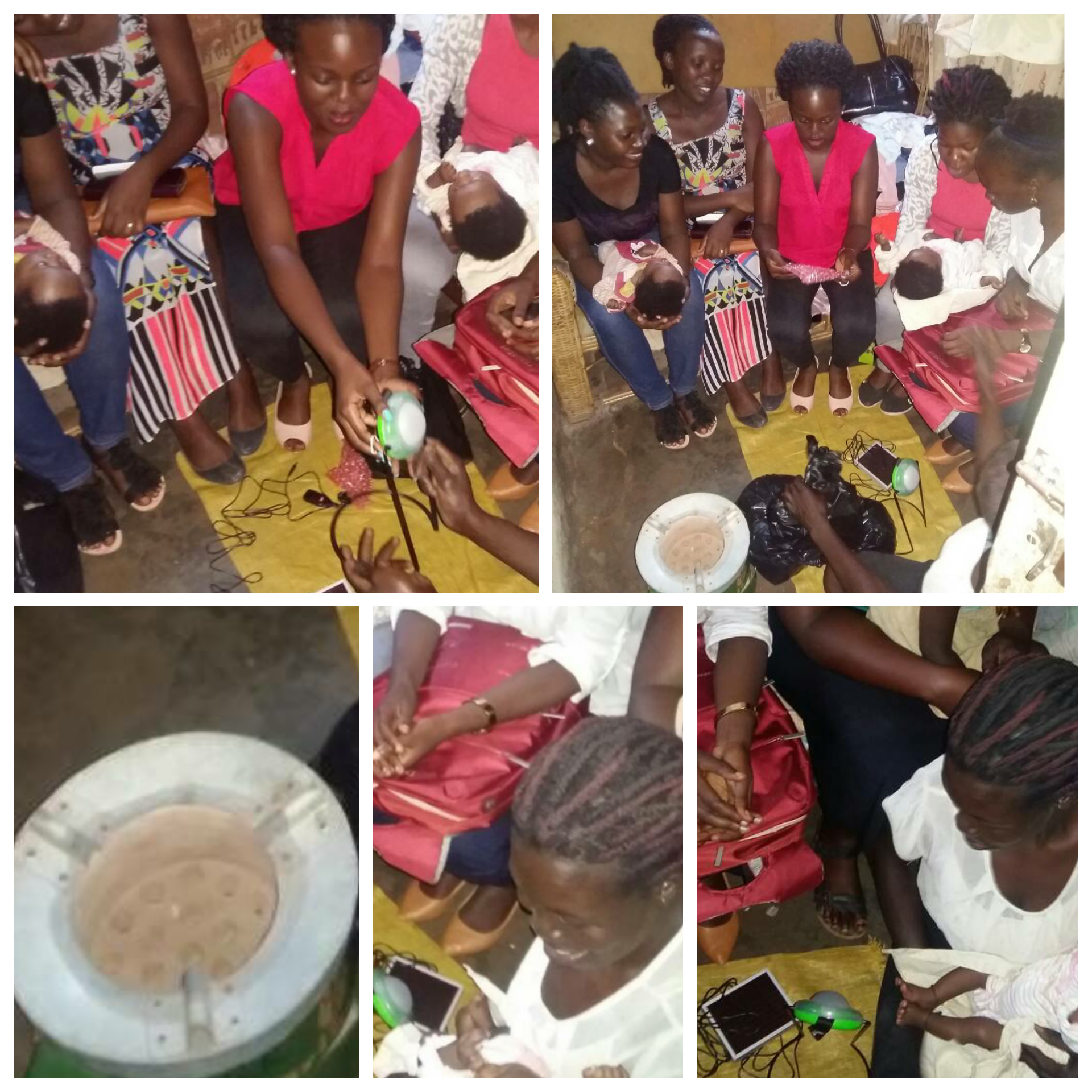 Joan Najjemba is a 30year old single mother living with her five children her youngest being her three month old twins. Joan is currently staying in a one roomed house in Kisaasi a suburb on the outskirts of Kampala. The one roomed house serves as a bedroom, living room and a kitchen. On the 19th of May 2017 members from the CREEC team visited Joan’s home. CREEC’s mission is to enhance access to modern types of energy therefore during the visit members from the CREEC team paid special attention to Joan’s energy needs.

Before Joan ever heard of an improved cookstove, she was using a small clay cookstove to prepare meals for her children. The house she stays in does not have electricity therefore in the night she used to use a small kerosene lamp for lighting to finish her tasks like cooking. This made it impossible for her older children to do any reading or homework. Joan thought CREEC was only asking questions about the energy situation in her home but to her surprise, among other things CREEC offered her a solar lamp and an improved cookstove.

Members of the CREEC team interacting with Joan Najjemba during the visit.

Modern energy services enhance the life of the poor in countless ways. The availability of electricity provides the best and most efficient form of lighting, extending the day and providing extra hours to study or work. Improved cooking facilities have the potential to significantly reduce the daily exposure of households (particularly women and children) to noxious cooking fumes – helping to avoid premature deaths caused by indoor air pollution. They can also help remove the burden of spending hours every day traveling long distances to gather firewood. Despite the importance of clean energy, billions of people like Joan continue to be without basic modern energy services, lacking reliable access to either electricity or clean cooking facilities. This is a major challenge that has been observed as CREEC implements different renewable energy projects.

With her new improved cookstove, Joan is able to save a little money as she uses lesser charcoal than before. She was also discouraged from cooking inside the house to avoid contaminating the house with emissions that can be harmful to her and her children. Each year, around 3.5 million premature deaths can be attributed to household air pollution resulting from the traditional use of solid fuels, such as firewood and charcoal.  The solar lamp also enables her to have better lighting in the night and helps to her children study during the night as she completes other tasks around the house.

CREEC under projects like the Presidential Initiative has organized awareness creation workshops and promotions in rural communities to bring information and renewable energy products closer to Uganda staying in rural areas. Initiatives like solar kiosks have also helped communities to appreciate solar products which they borrow at a daily fee of approximately 500shillings.