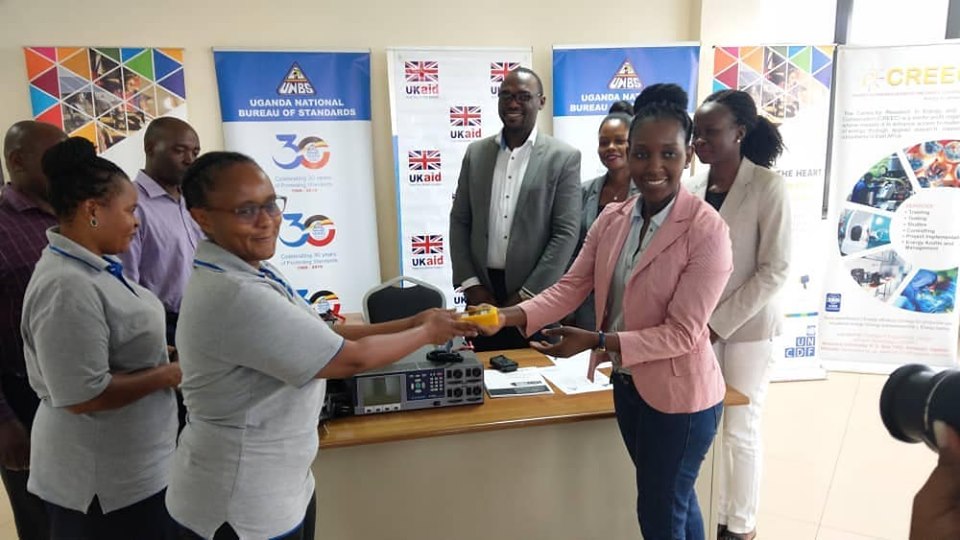 On the 23rd May 2019, CREEC handed over two state of the art testing equipment for solar products to the Uganda National Bureau of Standards (UNBS). This was a follow up from the training that CREEC facilitated to increase the capacity of both URA and UNBS customs clearing and market surveillance teams in testing solar panels and batteries for efficiency. From the expertise that has been accumulated through the CREEC solar testing laboratory with over 7years testing experience, the centre has observed that panels and batteries are the two solar components with the highest failure tendencies. Therefore the funding from the United Nations Capital Development Fund (UNCDF) and the Department for International Development (DFID) provided an educative platform to address this in a week long training.

The laboratory equipment handover to UNBS included the Cadex C8000 battery testing system and the Seaward PV200 solar panel tester, follow ups were also made to ensure proper installation of the equipment as well as user training. These events capped the Lets go Solar campaign a consumer protection and awareness campaign that has been implemented by CREEC  in partnership with the Uganda Solar Energy Association (USEA), Ministry of energy and Mineral Development (MEMD), and Energy Without Borders (EWB) with funding from UNCDF and DFID. The project has managed to give solar distributors access to new markets which has led to over 590 solar products being sold in both Eastern and Northern Uganda as well as training for approximately 50solar technicians who have been assessed by the Directorate of Industrial Training (DIT)