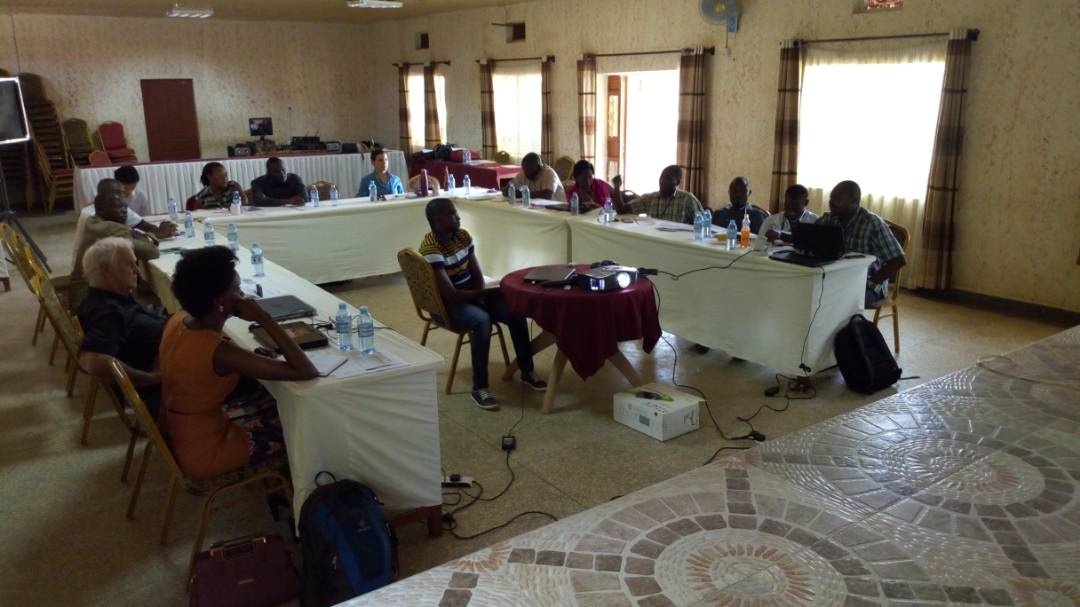 CREEC KICKS OFF WITH THE REFUGEE PROJECT Experts during a Refugee consultative workshop on 2nd February 2018

CREEC at the start of the year 2018 kicked off with the refugee project. The major aim for the project is to assess the impact of settling refugees in Refugee hosting areas in Uganda. Resettling refugees has for a long time had silent and enormous pressure on resources resulting into destruction of the environment as these refugees strive to find means of surviving. Living conditions within the settlements are often characterized with limited resources resulting into heavy reliance on the environment.

On 17th August 2017, Sudanese refugees in Uganda passed the 1 million mark, making Uganda the country with the largest refugee population in the world. The influx of South Sudanese refugees adds to the already existing refugees from the Democratic Republic of Congo and Burundi. According to a global report by UNCHR, the total number of refugees is over 1300000 persons. These numbers are a source of great concern for host communities, government, as well as the global community.

The total number of refugees in all the settlements by the end of December 2017 is estimated to be at 1,497,126 million people with a stipulated expenditure of US$ 960.17 million budget to support the refugees in the region for a period between January to December 2017. (UNCHR Uganda Comprehensive Refugee Plan, 2017)

According to Uganda contribution to refugee protection and Management report by UNDP 2017, the estimated expenditure amount in ecosystem loss was estimated to be at USD 90,682,169 and the cost of energy and water being estimated at USD 145,881,761. These two categories had a percentage contribution of 28% and 45% respectively to the entire refugee budget.

With the above scenario, it is important to establish and validate the effects of settlement of refugees on the environment and clearly present the urgent need for interventions to motivate or influence additional funding for refugee support and sustainable livelihoods