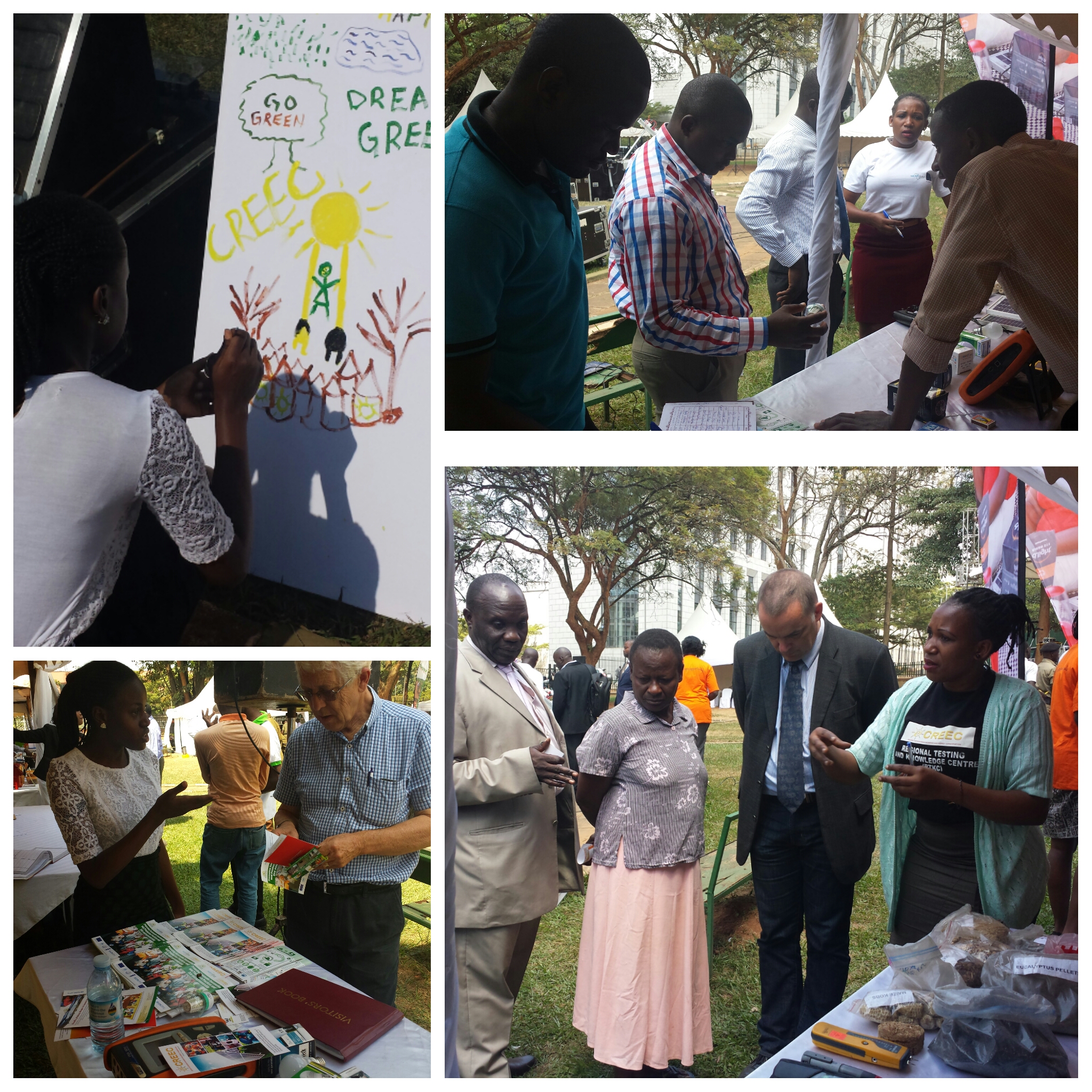 CREEC urged Members of Parliament to commit themselves towards the fight against Climate Change, at the Climate Change expo at Parliament on 19th and 20th July 2016 in Kampala. The Exhibition which was organised by the Parliamentary Forum on Climate change in partnership with the German International Corporation (GIZ) aimed at strengthening the capacity of MPs to address and support key issues related to the implementation of the National Climate Change Policy as well as the adoption of the Climate Change Law which is currently being drafted.

Highlights of CREEC at the parliament climate change expo.

This meant that the MPs had to be made aware of the wide range of issues related to climate change that are affecting Ugandans. CREEC exhibited testing equipment for both cookstoves and solar PV products to ensure the efficiency of products on the market which help to mitigate climate change. It was also important to encourage the MPs to advocate for the use of renewable energy like combustible biomass briquettes, bio-gas, gasification and other energy renewable technologies some of which were exhibited. “On average each household uses 15kg of firewood or charcoal which puts a lot of strain on the vegetation of forest cover,” The German Ambassador to Uganda, His Excellency Peter Blomeyer said. CREEC has carried out research on alternative cooking fuels that people can use for cooking like maize cobs, coffee husks, faecal sludge pellets, saw dust and many more which can be used as a substitute for charcoal.

Through applied research CREEC has set measures to mitigate climate change through alternative forms of energy through setting up solar minigrids, solar kiosks that rent out solar lamps to rural communities in Uganda on a daily basis and and through the implementation of other renewable energy projects which have benefited Ugandan communities and therefore facilitating the transition to sustainable future for Uganda.