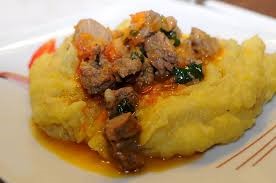 When it comes to cooking and the sumptuous meals in Uganda, it is amazing the diversity that there is across our different cultures and the importance attached to meals.

As a common proverb in Buganda goes “Oluganda kulya” meaning “Eating is togetherness or food sustains kinships”; as such food and cooking is at the core of our social, cultural, religious and societal beliefs. It is the lubricant of family and community life with an association of well-being, mothering, safety, and nourishment.

About 95 per cent of all Ugandan households rely on biomass for their household cooking needs while only 5 per cent rely on alternative and modern energy for cooking (UBOS, 2017). This widespread cooking practice with traditional biomass fuels has contributed to many ailments like burns and respiratory problems due to the inhalation of deadly smoke fumes as well as the negative impact on the environment. Wide-scale deployment of highly efficient appliances and equipment can help the country achieve universal energy access more quickly and cost-effectively.

Super-efficient appliances like Electric Pressure Cookers (EPC) present an extraordinary opportunity for improving cooking cultures in Uganda, given their efficiency  in terms of time and energy consumed when compared to other cooking alternatives. The Modern Energy Cooking Services (MECS) program in Uganda seeks to promote and support households’ transition to modern energy cooking services and technologies. As part of this objective, the Centre for Research in Energy and Energy Conservation (CREEC) in partnership with the MECS programme and Loughborough University has been carrying out research activities to understand domestic cooking energy use and compatibility of energy-efficient electric cooking appliances to the Ugandan context.

Cooking of staples and other foods varies greatly both in terms of time and the rate of heat input required. The uniqueness of traditional delicacies like matooke have often made many families shy away from purchasing high performing improved cookstoves. This is because they lacked the flexibility of offering minimal heat for simmering for long periods of time. However, findings from a recent Kitchen laboratory study at CREEC show that cooking staple foods such as matooke with the EPC consumes three times less energy than other appliances with options to keep food warm over long periods of time.

The EPC can save roughly half the time and 60-90% of the cost on dishes with a long boiling stage. The time, energy and cost saving qualities of EPC are particularly apparent with regards to dishes that take a long time to boil such as matooke, beans and meat stews. The efficiency observed with the EPC can be attributed to the fact that the cooking chamber (the inner pot) is fully insulated and does not require as much energy to heat up.

For vegetables or short cooking dishes, the EPC uses more energy to cook, most possibly due the fact that it is not possible to fully utilize its key attribute of pressurized cooking.

The Electric Pressure Cooker indeed is a game changer in matching cost effectiveness, efficiency of a cooking technology with the unique cooking cultures in Uganda and Africa as a whole. The speed and degree to which this concept will be taken up is expected to vary widely in a country such as Uganda that is both culturally and physically diverse. However, improvements in policy to offer better electricity rates and higher lifeline tariffs will go a long way to supporting the adoption of EPCs. This will play a key role in meeting SDG7 largely by facilitating access to affordable, reliable, sustainable modern energy for cooking.