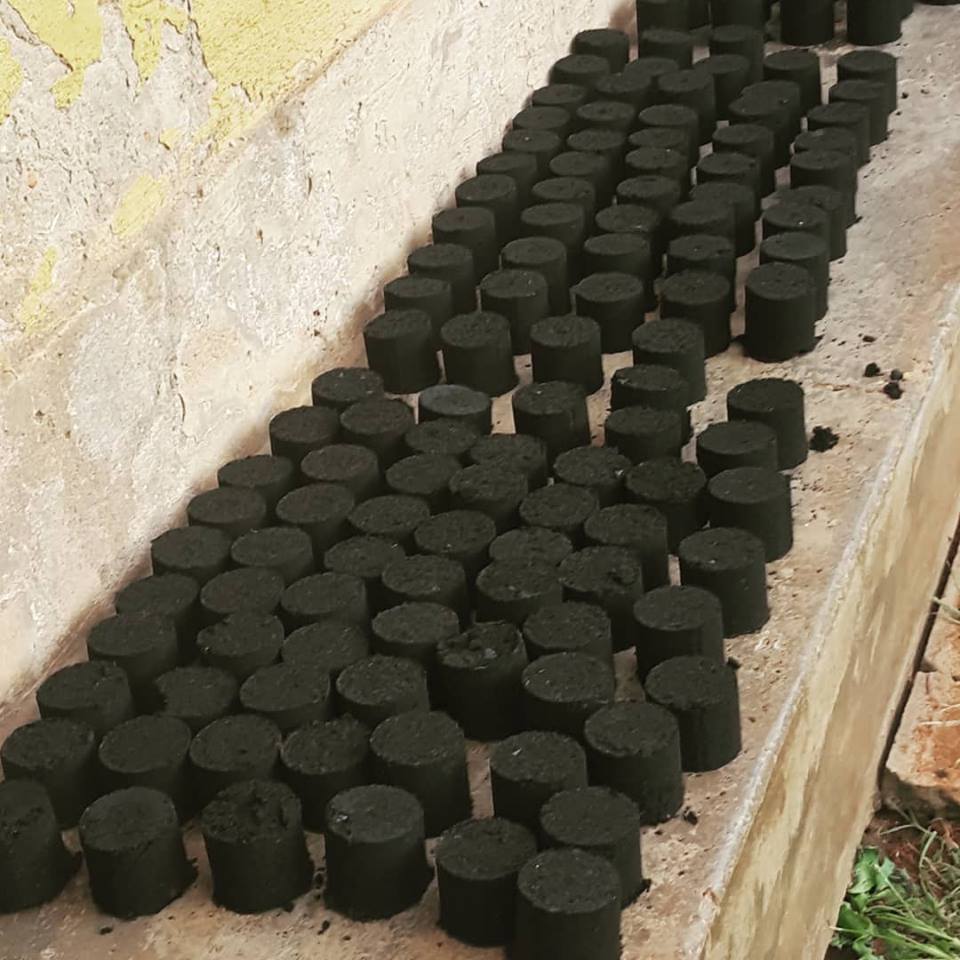 Gorreti Odama is one of the resilient women that CREEC has had the opportunity to work with since 2018 on capacity building for briquette making. She contacted us this March while advertising her first exhibition for her briquetting business where she would be selling briquettes of different sizes at a local supermarket in Luzira, Uganda. Ajambo Flavia from CREEC visited this exhibition and shares her experience with Goreti. 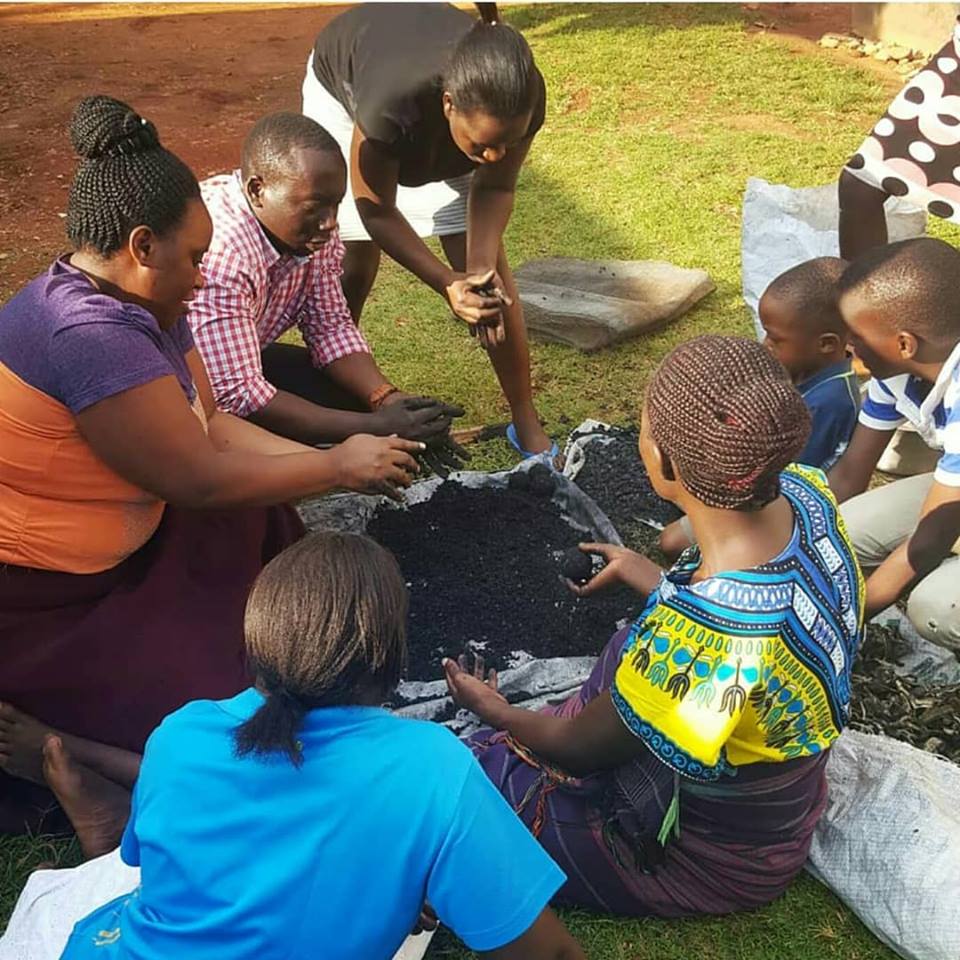 On reaching the supermarket, Gorreti was very delighted to see me. She had a big smile on her face although she could not directly address me as she tended to a potential client. As the client left with a black kaveera with approximately one kilogram of briquettes, Gorreti then walk towards me and greeted me excitedly. She narrated to me the progress of the exhibition and I was happy to hear that she had managed to sell over 25kg of briquettes and was also waiting on an individual who was coming back to collect an order of 10kgs. This reminded us of the time that we first met.

In July 2018, CREEC was fortunate to meet Gorreti Odama. Her story was interesting right from the beginning. She had narrated that she one time found herself in a situation where she did not have charcoal to make food for her and her family. As a stay at home mother of two her situation led her to think creatively and start looking for charcoal dust which she figured she would mix together with maize flour and make a fuel to cook. She eventually shared the same knowledge with her neighbors and attracted the women in her neighborhood to pick a leaf from her. But much as she could cook with the briquettes, their efficiency was still very low and she therefore couldn’t market them to potential clients which she so desired.

When CREEC met Goreti, she explained her process and the team carried out a needs analysis that eventually showed that Gorreti needed technical training on how to make briquettes as well as training on business development. Gorreti has since learnt how to make briquettes which she sells off to neighbors’ and also delivers to customers in far off areas. Interestingly, she also teaches her customers to make briquettes such that if she does not have enough to supply them they can be in position to make for their own consumption. This also works to her advantage in that whenever she has large orders she has already recruited a chain of suppliers from whom she can source from. Goreti is one example of the resilience of women and their willingness to transform their circumstances. She never neglects an opportunity to learn and while we spoke about celebrating women she encourages the women out there to do the same.